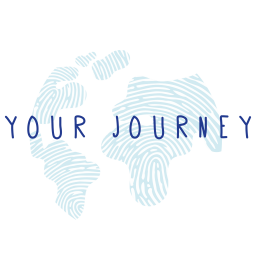 Yes, I already wanted to be a pilot since I was a little girl. Countless times I went to Amsterdam Airport Schiphol with my dad to spot airplanes. Even in wintertime, even when it was raining, we were there. I couldn’t stop being amazed by the power, the sound and the mightiness of arriving and departing aircraft. We went to a bunch of air shows and aviation fairs and slowly my girls’ room turned into aircraft-mania. Besides the poster of Tom Cruise as Maverick of course.

During high school I chose my subjects wisely and included physics & mathematics into my curriculum. That way I would be eligible to apply to flight schools after graduating.

Support is the key

Teachers didn’t really take my pilot dream seriously. During the graduation ceremony the head of the school even said: „Kassandra doesn’t know yet what she is going to do after getting her diploma”. I was insulted. Of course I knew!

Luckily my parents did believe in me and supported me from the beginning. You definitely need that to achieve your goal, I couldn’t have done it without them.

My dad gave me a flight in a Cessna as a present and I had my first sensation of flying an airplane. Now I was even more convinced this was my future.

Getting financing for flight school

After a successful selection at my flight school of choice I was ready to get started. Unfortunately getting the money to pay for it all was quite a challenge. The banks weren’t very keen on lending a 19-year-old €100.000, so a very stressful period of getting financing for the integrated ATPL course began.

One day, my father read an interview in a Dutch national newspaper of an art dealer who gave his children a pilot licence, because he believed it was good for their personal growth and gave them responsibilities.

Feeling bad for me that money was withholding me from achieving my dreams, my dad wrote this man a letter, explaining him my dedication and asking him for tips on how to get me flying. A few weeks later he got a reply and we were invited to his office. We had a great conversation and at the end, he offered to give my bank a security on his behalf.

Amazed by this unique gesture, I quickly made an appointment at the bank. They accepted the security and gave me a loan for the amount the training would cost me.

A month later I had my fist day at the Martinair Flight Academy. My big adventure finally started! 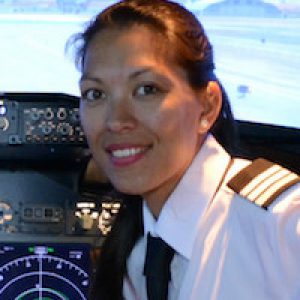 My name is Kassandra a when I was a girl I saw the movie Top Gun many times and ever since all I wanted to do was fly an airplane (and marry Tom Cruise, but that’s beside the point). So I pursued that dream: I went to flight school and after working at Amsterdam Airport Schiphol and as a cabin attendant, I got a job as a first officer. And I finally got to fly the Boeing 737 for Transavia.com. After almost ten years of flying unfortunately I was forced to quit due to medical reasons. As much as I miss it, I am proud to say I found the second best job in the world: Boeing 737 Simulator Instructor!